Mrunal Thakur is an Indian actress who mainly works in the Hindi and Marathi films industry. Her early screen appearances were starring roles in the television soap opera as Bulbul Arora in Kumkum Bhagya (2014–2016) and Sonia in the drama film Love Sonia (2018). In 2019, Thakur featured in the biographical drama Super 30 and the action thriller Batla House. 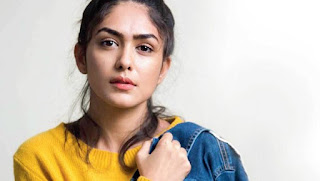